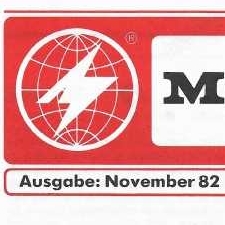 The brand MONACOR is part of the company MONACOR INTERNATIONAL. Formerly known as INTER-MERCADOR, MONACOR INTERNATIONAL looks back on well over half a century of change, expertise and partnerships. A look back at the journey from classic import wholesaler to branded goods manufacturer

The 1960s: Founding years of INTER-MERCADOR

The digital 2020s: The Audio Company stands for solutions instead of individual products

The 1960s: Founding years of INTER-MERCADOR

Our story begins in 1965, when Werder Bremen becomes the German football champion for the first time. At the age of just 24, Bob Dylan releases 'Like a Rolling Stone', one of the most memorable rock songs in music history. It has been only a few years since the first stereo hi-fi amplifier was introduced. Günter Schilling sits in his small house in Bremen-Schwachhausen and establishes the family business INTER-MERCADOR. He has a great passion for electronics, but also an eye for opportunities and potential. He has just returned from a trip to Japan, which gave him an idea. A risky idea, but he is a man of action. Because in Japan he sees measuring devices and pocket radios that are still almost unknown in German markets. Pocket radios? New electronic trade fair gadgets? Just a hype or the new big thing? He takes a chance.

Günter Schilling is a pioneer in his field

He quickly begins to systematically import electronic components from Asia for the German market. In doing so, he meets a great demand in Germany, especially among radio and television technicians. The import conditions are favourable. Among other things, he imports the Monarch Model STA-400 X, an early ancestor of today's popular class D PA amplifiers from IMG STAGELINE. The description at the time included a noise and rumble filter and separate treble and bass controls. By the way, do you still remember amplifiers and tuners in wooden cabinets?

In the catalogues - and later on the shelves - the brand Monarch appears more and more often, laying the foundation for a long company history for Günter Schilling and INTER-MERCADOR. Many audio veterans and tinkerer's hearts still remember this brand name fondly. Because under this name Monarch sells particularly stable amplifiers, tuners and receivers, later also reliable hi-fi components, which are today continued and combined as Components at MONACOR.

With products like the legendary INTERMERC TM-70 telephone amplifier, Günter Schilling provides more and more security technology during this period. The telephone amplifier is a milestone for the young company. The combination of modern technology and excellent price-performance ratio as well as uncomplicated operation is well received. By 1972, his own home in the district of Schwachhausen becomes already too cramped for Günter Schilling. A new headquarters is needed. Schilling finds it in the quarter Bremen-Vahr. The product portfolio for PA technology also grows rapidly during this time.

In the 1970s, INTER-MERCADOR has one of the world's most extensive ranges of PA and speaker technology.

In the early 1970s, the brand MONACOR also sees the light of day: good technology, tested, developed, improved and stored in Bremen. In the middle of the great Sturm und Drang phase of hi-fi euphoria. Because suddenly people want good sound at a good price. Many Monarch devices can now be found under the brand name MONACOR. INTER-MERCADOR develops more and more in the direction of audio components and PA technology. In 1974, the company sets out for new horizons. For the first time, product categories appeared that are still successful classics at events all over the world (and in our catalogues): mixers, PA amplifiers, speaker accessories.

In the early 1970s, the brand MONACOR also sees the light of day: good technology, tested, developed, improved and stored in Bremen. In the middle of the great Sturm und Drang phase of hi-fi euphoria. Because suddenly people want good sound at a good price. Many Monarch devices can now be found under the brand name MONACOR. INTER-MERCADOR develops more and more in the direction of audio components and PA technology. In 1974, the company sets out for new horizons. For the first time, product categories appeared that are still successful classics at events all over the world (and in our catalogues): mixers, PA amplifiers, speaker accessories.

Legendary among many audio fans: the Monarch T-700A record player. Something like that will always be remembered. The Monarch ES-300 and ES-500 headphones also make their mark on the collective memory of the audio scene during this period. 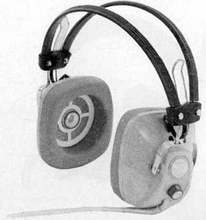 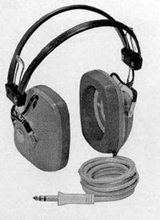 For the first time, the 1990/1991 anniversary catalogue contained a Monarch range with the addition: Stage Line for PA products. This included many mixers that were explicitly designed for the stage. Since 1993, the brand IMG Stage Line (today's spelling: IMG STAGELINE) has offered reliable audio products for event technicians, bands, recording studios and entertainers worldwide. Today, the brand is separated from the commercial audio division and the DIY business for MONACOR under the umbrella of MONACOR INTERNATIONAL. The sub-brand IMG STAGELINE therefore has its own digital home. Many mixers from the 1990s of the MMX series by IMG STAGELINE are considered virtually indestructible by connoisseurs today.

The company has cultivated an image of particularly stable and reliable stage technology, and this remains one of our greatest priorities to this day.

The turn of the millennium represents a turn of the times. INTER-MERCADOR becomes MONACOR INTERNATIONAL

The year 2000: the world does not end because of the millennium bug, but 'Anton aus Tirol' is the top hit of the year in Germany. The dotcom bubble bursts resulting in huge losses for many small investors. In the course of the intended and meticulously prepared internationalisation, INTER-MERCADOR is solemnly elevated to MONACOR INTERNATIONAL, also to give our dynamic development a fitting name. In the following years, more and more subsidiaries are added all over the world - today MONACOR INTERNATIONAL has agencies in 40 countries. Bremen-Mahndorf becomes a flourishing logistics hub and the central warehouse for PA technology throughout Europe.

In 2006, more than 20 technicians work on development, quality assurance and in technical customer service - directing the focus more and more onto the latter. Most audio technology is not just imported, but newly developed or modified to meet high requirements.

MONACOR as an integral part of the scene

The early 2000s were the heyday of Internet forums. In many audio and tinkerer forums, professionals and ambitious speaker hobbyists talk shop about speakers made from MONACOR components. Price-performance champions like the DT-99 are celebrated. The company headquarters in Bremen-Mahndorf even becomes a place of pilgrimage for some hobbyists. Frank Kuhl, Development Engineer Acoustics at MONACOR INTERNATIONAL, likes to show the die-hard audio technology fanswhere the magic happens at MONACOR INTERNATIONAL.

„Development Engineer Acoustics“
One day in the acoustics room with Frank Kuhl
Open baffle:
how speakers can fill an entire room

The digital 2020s: 'The Audio Company' stands for service, a system concept and complete solutions instead of individual products

The structures of global trade are changing. But the demands on good PA technology are also increasing. And rightly so, because actually nobody should have to listen to music through bad speakers in a shop, at the hairdresser's or at the bar any more. MONACOR INTERNATIONAL is reacting to this and specialises in offering complete solutions, providing more advice and support, and thinking more in terms of complete, coordinated PA scenarios. But demands - not only on quality, but also on usability, on the operating concept - are changing. And the system concept is becoming increasingly important in PA technology. A system does not only mean that PA speakers, PA amplifiers, microphone stations and players match. It means that PA technology merges with the building, the building equipment, the architecture. Digital services such as our configurator or Audio Solutions also show that MONACOR INTERNATIONAL sees itself more and more as a service provider.

As a solution seller, service is a core part of the business in the 2020s. "Your project is our project" becomes established and says: We will be there for you to meet any challenges together.

Modern network infrastructure holds more and more possibilities for making buildings smart. We are at the forefront and develop products with MondeF that conquer these new shores. As the saying goes: history is made. And we also make history, because with MondeF we are helping to shape the industry in the field of PA technology via IP technology. Where is the industry heading? Tom Mikus tells us over a cup of coffee. What do we want? Better sound - for everyone. Without frills, but systematic and well-thought-out. Not only today, but also for the next 57 years.

Haas effect, Franssen effect, double bass arrays
4 exciting concepts from the field of (psycho)acoustics and what you should know about them
Low-impedance speakers
where are they used and what distinguishes them from 100 V technology
Favorites