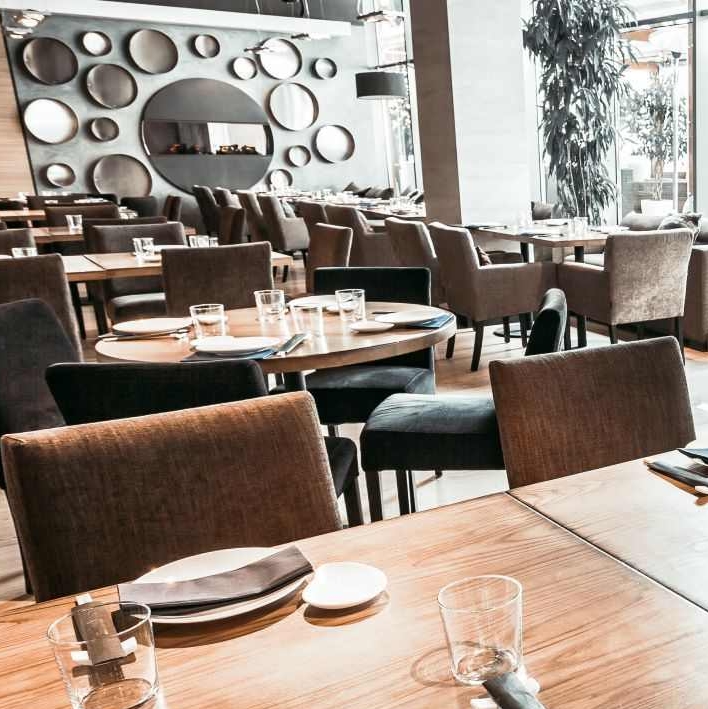 Music influences our behaviour, not just because good music lifts our spirits or lets us escape from everyday life. Music is particularly interesting for anyone running a restaurant or bar. They have a strong interest in the amount of food and drink their guests consume and whether they eat or drink faster or slower. Michael Krebbing from our Technical Project Management department knows what to consider when planning PA applications in restaurants and bars. PA projects in restaurants, bars and bistros are part of his everyday work.

Just select the section you are particularly interested in:

During a consultation, customers often ask me how they can implement a PA system in a restaurant at a very attractive price. Then I have to honestly reply that a cheap PA system which is often of poor quality is of no use to them and their guests. On the contrary: PA applications which do not meet quality requirements are a deterrent. Simply ask yourself or your customers honestly:

What do you expect from a music application?

If the answer to this question is "a nicer atmosphere" or "satisfied customers", we should not consider the PA solution to just be a cheap must-have. It should, however, be considered a real benefit to restaurants and bars. This does not mean that a PA application for restaurants and bars must be expensive. However, clever planning and a clear concept are required.

"The guests are [...] often not aware that their eating habits can sometimes be greatly influenced by the music. Hence, it can be noticed that there are significant changes in the selection of food and drinks, speed of consumption and the quantity consumed. The taste experience, taste quality as well as the evaluation of food and beverages are also [...] influenced. Last but not least, the atmosphere of the location is also greatly influenced by the music."

PA solutions from MONACOR for restaurants and bars and for the hotel sector: download now!

In restaurants and dining rooms, it is useful to have soft and unobtrusive background music. Music in a restaurant should usually be relaxing because guests are talking to each other, cutlery is clattering and glasses are clinking. Therefore, when we are planning a PA system in a restaurant, we have to make sure to mask irritating noise in order for people to talk to each other at the table. The music should be at a sufficient volume level so the guests do not feel that you are eavesdropping on their conversation as it may be the case in restaurants without background music. In normal operation, we recommend quiet instrumental music at about 50 dB which is suitable for the restaurant concept and is about the same volume as a normal conversation. In case of Western Mediterranean cuisine, this could well be Italian or Spanish interpretations because guests usually associate this with the Mediterranean Sea. Depending on how the guests should perceive the culinary orientation of the restaurant, the PA application could contain classical or modern pieces. Guests still perceive classical music as 'distinguished' and transfer this to the food. This may be a cliché but it still applies.

With well-placed ceiling speakers, you are able to radiate background music to cover the table like a coat.

Because guests are busy eating, drinking and talking, it is sufficient to use unobtrusive flush-mount ceiling speakers. Thanks to 100 V technology, this can easily be implemented at an attractive price.

Adapt the PA application to the guest situation

Guests are choosing to stay longer with slow music. This can be an advantage in a restaurant. For example, if guests order another drink after dinner. But a long stay can also be a disadvantage if the restaurant is fully booked and you have to turn away customers at the door. It can help if you play music which is a little faster but still sophisticated. We are not talking about techno or rock music here, but of a subtle subliminal effect. You should, of course, not drive your guests away. However, a small change in music is often enough. There are studies in which the average length of stay was shortened by 20% at a higher music tempo.

Are you planning a PA application for a restaurant? We have got a best practice scenario for installers and planners.

In a bar, fast and well-directed background music increases the evening's drink sales. Guests drink faster if the music is faster. And the drinking speed does not only increase with the beat. The music is allowed to be significantly louder and more bass-heavy than in a restaurant. In a bar, this has a positive effect on the length of stay because guests are there in a different mood. Guests also chat in a bar, but at shorter intervals. They often sit closer together and are in a relaxed mood. A somewhat faster music at a higher volume level is supporting this. A good value for the volume level is between 80 and 90 dB.

A well-planned PA system which is perfectly matched to the sound requirements is also a very important prerequisite in this case. The quality requirements for background music is much higher in a bar than in a restaurant. This is because guests are less active in a bar. They are not using a knife and fork. The music is much more important. Thus, you need 2-way PA speakers with a high sound quality or low-impedance speakers.

Are you planning a PA application for a bar? We have got a best practice scenario for installers and planners.

For the PA application, hip burger places, pizzerias and other small establishments are to be placed between the restaurant and the bar: not as loud and activating as a bar, but still more lively and youthful than a restaurant. The length of stay tends to be shorter. In the bistro, you usually have to make a basic decision: do you want to keep guests in the establishment because you want or are able to generate more turnover with drinks? Or do you want an efficient flow of customers? The latter is more common because the quality of stay there is lower and guests are pressed for time. Choose the music tempo accordingly. The volume level should be the same as in a restaurant or slightly above it. The bistro is not a bar, but the atmosphere is more relaxed than in a restaurant. Nevertheless, people often talk to each other across a table. Researchers have also found out that louder music increases the desire for rich and filling food.

No matter how good the food and drinks are in a restaurant, guests are not coming back if the rest is unsatisfactory. This is also the case in cities because competition is particularly high there. A clear and positive concept in restaurants and bars is therefore important to ensure returning guests. Restaurant evaluations often say something like: "The food was good, but ..." and this 'but' often refers to the ambience in the guest area. Did we experience Italian flair? Was it unpleasantly loud? Why was Irish folk music played at the Greek restaurant?

The PA application in restaurants and bars is part of the concept. It is the soundtrack for your food. Many restaurant owners underestimate the importance of this fact.

Be creative: for upscale restaurants, it is a good idea to play classical music or relaxing avant-garde music which is matched to the cuisine of the restaurant. You can maybe play rock 'n' roll at the American Diner and high-quality lounge music or house music at the Beach Bar. Think from the guest's point of view: what kind of music should the guest associate the restaurant or bar with?

If you want to implement a multi-zone PA system, make sure to choose the right amplifier. Not every amplifier is able to provide a high quality sound to multiple audio zones from different sources. You will need a multi-zone matrix amplifier.

With numerous illustrative examples of application, the product portfolio of professional PA technology from MONACOR offers practicable solutions for versatile applications. Come and have a look at our selection of impressive practice-oriented solution scenarios and do not hesitate to contact us. Our Technical Project Management is always available to you for a personal talk. Together with our project planning specialists, you can certainly find the right solution for your challenge. 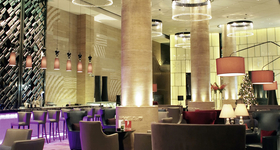 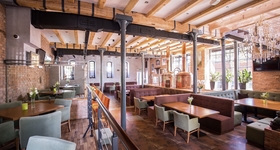 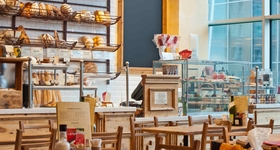 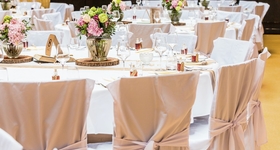